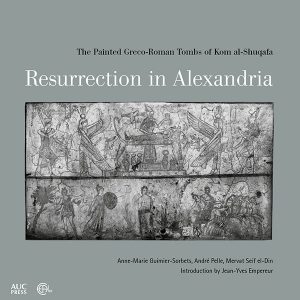 In the Greco-Roman catacombs of Alexandria, uniquely decorated tombs from the time when religious boundaries blurred and syncretistic beliefs flourished have long been known. But it was only in 1993 that researchers discovered faint traces of paintings on walls previously thought to be blank, or underneath other painted scenes: the hidden scenes could be partly made out and photographed using ultraviolet light. Then in 2012, new computer technology was used to reveal the lost images—and colors—even more clearly. Here the team present, examine, and interpret what they found, teasing meaning and intent from the alternating scenes of Greek and Egyptian mythology, as employed by the citizens of a multicultural Alexandria at the beginning of the second century CE, in pursuit of a happy afterlife. A highly illustrated study of the uniquely decorated Greco-Roman tombs in Alexandria with the aid of advanced computer technology

Anne-Marie Guimier-Sorbets is professor of Greek archaeology and art history at the University of Paris Ouest.

André Pelle is a photographer and researcher at the Centre d’Études Alexandrines in Alexandria.

Mervat Seif el-Din is director general of Egypt’s Ministry of Antiquities and former director of the Greco-Roman Museum in Alexandria.