Skip to content
Excavations in the Basileia of Alexandria. Findings of the 1901 Ernst von Sieglin expedition 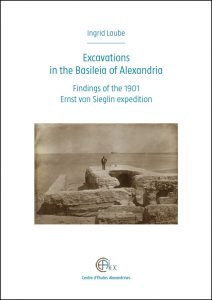 Excavations in the Basileia of Alexandria. Findings of the 1901 Ernst von Sieglin expedition

In the winter of 1900/1901, the Expedition Ernst von Sieglin undertook excavations in various areas of Alexandria. Faced with the commencing construction of the new corniche, a large trench was opened in the East Harbour to document the remaining ruins in the former Royal Quarter. This excavation, however, has never been published. Based on the documentation, daybooks, photos, and drawings that were gathered by Ingrid Laube in various German archives, this excavation is presented now for the first time. In addition, part of the finds, which are housed in Tübingen, could be attributed to this trench. Central parts of the investigation were the street Lα, adjacent substructures, and a large Imperial cistern. Its context could have been public or private Roman baths. If private, the baths could have belonged to an Imperial residence or a villa urbana.This possible context raises the question of the fate of the Royal Quarter in the Imperial and Late Roman periods.

INGRID LAUBE is a Classical Archaeologist and a Research Associate at Tübingen University.