Skip to content
Bone and Ivory Carvings from Alexandria 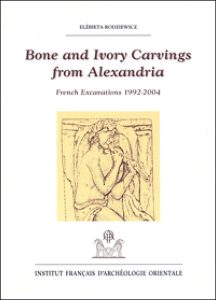 Bone and Ivory Carvings from Alexandria

Since the late 19th century, Alexandria has been considered by scholars as the principal centre of ivory and bone carving in the Mediterranean. The abundance of such objects gathered during the construction boom of the rapidly developing modern city led to the formation of several private collections. Excavations directed by the Municipality and numerous private donations yielded a large ensemble of bone and ivory pieces that were exhibited in the Graeco-Roman Museum, an institution founded at the end of the 19th century. Ivory and bone carvings became a subject of special attention, since they were considered as one of the best sources for our knowledge of Alexandrian history of art. Unfortunately, contradictory opinions on the eventual role of Alexandrian workshops in Mediterranean art remained unresolved for an entire century, due to a lack of stratified excavations and the properly identified context of archaelogical finds.